Today marks the 10th anniversary of the passing of Professor Ron Wukasch. He was a professor of Environmental Engineering at Purdue University. I know he made an impact on thousands of students lives – his contribution to civil and environmental engineering cannot be measured. Today, I am so far removed from that industry to know his true legacy. But to me, he remains as inspiration as a storyteller. 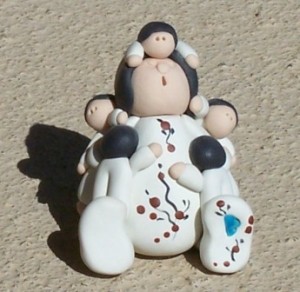 classes from him. He was an excellent engineering professor, but an even better storyteller. At the start of most classes, he’d tell a story usually having nothing to do with the course work. He told stories of the first time he remembered speed limits in Indiana, or mention that it was his and his wife’s anniversary.
I remember the day Mother Theresa passed away (Sept. 5, 1997). He began that morning class by telling a story of riding a commercial flight with her. She sat across the aisle from him. The gentleman next to him smiled when he said he was happy to know the plane would not crash. Mother Theresa ordered a Diet Coke and asked for extra peanuts. After the flight, he was drawn to her with the rest of the crowd of people. She shook his hand and he admitted to feeling like a child. This is his story how I remember it. Any errors in the retelling are my own. But I remember this short story almost fifteen years later. He could tell a story and have a lecture hall of 300-plus students laugh. What a gift!

As I pursued my graduate work, I participated on a panel at a teaching assistant orientation. I was pretty nervous to talk in front of 250-plus students. But I thought of how relaxed Professor Wukasch always was and I somehow got through it. I told a joke (intentionally) and the lecture hall erupted with laughter! It was an amazing feeling – like a “first kiss” kind of feeling. I was in touch with my inner Wukasch.

Today I remember him fondly. He didn’t know me at all. I hope you can all reflect on a mentor of your own and thank them if you can and if not at least silently in your thoughts.